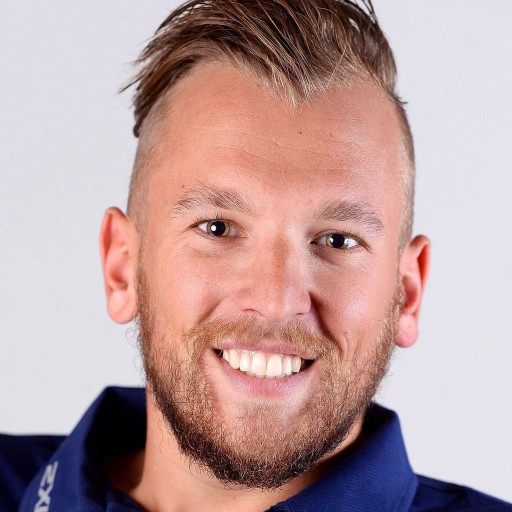 Not many people can lay claim to being a Paralympic gold medalist and a World champion whilst still being in their teenage years, Then again, there aren’t many people like Dylan Alcott. Dylan Alcott OAM, a dual sport athlete, has represented Australia on the international stage in both wheelchair basketball and wheelchair tennis since the age of 13.

Dylan was born with a rare type of tumour wrapped around his spinal chord, which required immediate surgery only weeks after birth. After nearly 20 operations, all hope looked lost, as Dylan was not progressing as first thought, spending the majority of the first three years of his life in hospital. However, just after his 3rd birthday, Dylan defied the odds as his health started to take a turn for the better, and through sheer determination and hard work has been able to strive into one of Australia’s best and well recognised Paralympian.

In 2008, at the age of 17, Dylan was a main contributor in the Australian wheelchair basketball teams (The Rollers) gold medal victory at the 2008 Paralympic games in Beijing, becoming the youngest ever wheelchair basketball gold medallist in history. From there, Dylan and the Rollers followed up their win in Beijing with victory at the 2010 FIBA World Championships, becoming the first Australian basketball team to ever win the title. At the tournament, Alcott was selected in the World All Star 5, making him the best player in his position in the world. In 2012, he returned from the London Paralympic Games with a silver medal. In 2013, Dylan relaunched his tennis career, and was granted a wild card into the 2014 Australian open. Recently, he was a part of the first quad wheelchair tennis match at the 2018 Wimbledon. Although it was labelled an exhibition match, Dylan regards this as an important step to breaking down stereotypes.

EXPERIENCE OUTSIDE OF SPORT
Dylan’s achievements are not only restricted to the sporting field. He is packing everything he can into life. Studying Commerce at Melbourne University, fulfilling his role as the ambassador for the Variety Club, Scope Australia and OCS Group Australia. He was the National Athlete Spokesperson for the 2012 London Games, and was selected as one of the four Australian Paralympic QANTAS ambassadors. Dylan also works with the Starlight Foundation, brings disability awareness to schools, enjoys MC-ing events, and is a regular guest on many radio stations. He was also a national athlete spokesperson for the Australian Paralympic Team committee, and is world renown for his wheelchair crowd surfing at music festivals. Recently, Dylan has been raising awareness through appearances on ABC's Q&A as well as hosting his own radio show on Triple J. It has also been recently announced that he will be a part of Channel Nine's commentary team for the 2019 Australian Open.