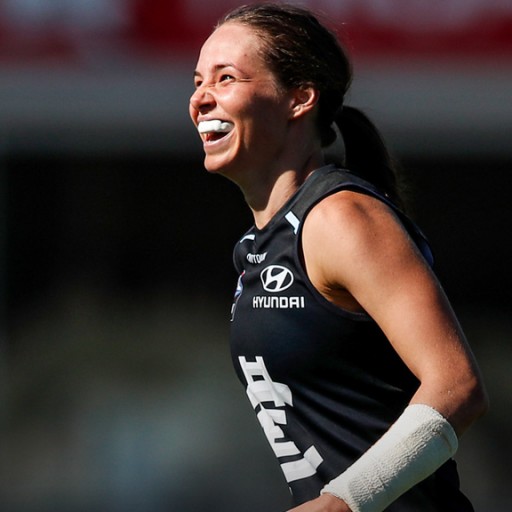 Chloe Dalton is a triple sport professional athlete, having played in the WNBL for the Sydney Flames, won an Olympic gold medal with the Australian Rugby Sevens and transitioned to AFLW where she currently plays with the Carlton Blues.

Chloe made her debut for the Australian Rugby Sevens Team in 2014 at the World Sevens Series tournament in Dubai where she impressed with her versatility in both attack and defence. In 2016, she was an integral member of the team that won the inaugural Olympic Gold Medal in Rio De Janeiro. Chloe scored 34 points across the three-day competition.

At the 2017 Australia Day Honours she received the Medal of the Order of Australia for service to sport as a gold medallist at the Rio 2016 Olympic Games.

Chloe recently graduated from the University of Sydney with a Bachelor of Applied Science (Physiotherapy), and is currently working as a Physiotherapist in Melbourne.

After taking a break from Rugby Sevens at the end of 2017, Chloe decided to try her hand at Australian Rules, playing the 2018 VFLW season. She showed enough promise to be picked by Carlton for the 2019 AFLW season and played in the grand final in front of 50,000 people.