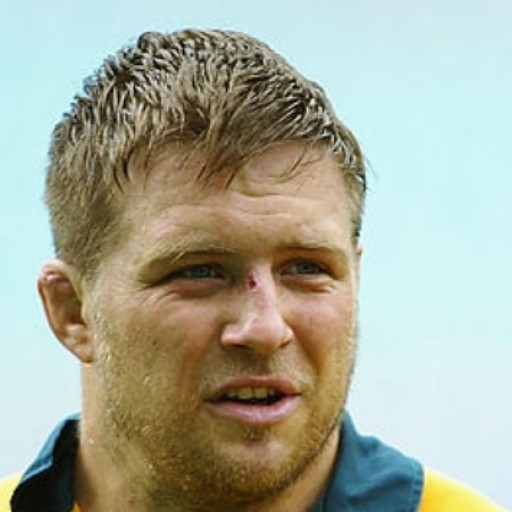 CAREER HIGHLIGHTS
Wallabies Bledisloe cup win
Brumbies Super Rugby Title.
Coaching and sports data analysis for over 14 years.
BIOGRAPHY
Speaking: Ben will deliver a message about how team and talent develops that is surprising intuitive, and yet almost totally against the grain of modern thinking on data analysis. He has been working with some of the biggest sporting teams in the world and finding that time and time again the real causes of success does not lie in modern technology but in the human understanding that exists between people. Gainline is also driving some ground-breaking research into how teams in business in sport can do things in the right way to not only create success in the long term but drive innovation and bring about the greatest levels of performance in a cost effective manner. Bens research and presentation covers almost every major sport in the world as well delivering key understanding around both high and low performance environments. This will totally change not only how you think about sport but how you perceive your own experiences and environments.

Ben Will discuss: How the world of business and sport has it wrong about skill and how it is developed How the skill of the individual is the least important of any recruitment process. The way some organisations have an in-built advantage when it comes to building great teams. How the structure and philosophy of recruitment is a key pillar of success. How talent is not necessarily a portable resource. Speaking Testimonials: Ben is engaging, informative and gives his audience a point of view that many would never have considered sowing the seeds of thought at the board and executive level. Andrew Sullivan Performance Analyst Wallabies, Canterbury Crusaders, All Blacks My Dealings with Ben and his strategies has given myself and our club an idea of what success looks like based around cohesion and familiarity. Ben understands teams, he has been first class in every way and I am sure his work will be at forefront for years to come. Danny Buderus Newcastle Knights player and Coach (1997,2001 NRL Champions) Leeds Rhinos (2011 Super League Champions) NSW State of Origin Captain Australian Kangaroos 2004 Nrl player of the year. I've known Ben Darwin since shortly after his playing career ending injury. He was instrumental in helping NYAC recruit several players of great character to help get our program over the hump and become champions. He also provided opportunity for USA players to refine their craft in Australia. Over the years, Ben's expertise on team dynamics and building cost effective team success were instrumental in changing our recruitment process and helped New York Athletic Club (NYAC) to achieve 5 USA national titles in 10 years whilst making finals series in each of those 10 years, competing against several more well funded teams. Ben is an interesting and engaging speaker whom I've had as a guest on the Ruggamatrix America podcast several times to offer his thoughts and it's always well received by listeners. Bruce McLane Bruce McLane The McLane Group Upon hearing Ben speak, I was able to reflect upon my own experiences on the rugby field and directly relate to what he was talking about. It’s obvious his knowledge of rugby is high, but the way in which he has expanded his research and applied it across a myriad of other team sports—and to comprehend how logical his findings are—really is an incredible feat. He is an expressive and motivating speaker who knows how to connect with his audience. Tom Court.

QLD REDS Ulster London Irish Ireland (32 Caps) British And Irish Lions
• An extremely interesting perspective and right on the button with comparisons between the sports people and the alignment with the organisation performance. Relationships a key focus - for sure!
• This presentation was not what I was expecting. I loved the fact that the sporting facts and statistics that Ben presented related to all types of organisations. Also the types of relationship building involved in sporting teams relates directly to those of all organisations. Trust and integrity in relationships shone through. I really enjoyed this presentation.
• One of the presenters of the summit! Fascinating content. Cannot wait to have him speak to our team • Great presentation, as was expecting the focus on sport, however enjoyed the change
• Ben's presentation was very interesting. Who ever would have thought that sporting data could provide useful information in a sporting environment. A champion team winning over a team of champions really resonated with me.

Feedback from the Sydney EA/PA Conference. The 'GAIN LINE' programme that Ben has assembled is the result of thousands of hours of high performance analysis. He has gone to great lengths to identify the points of difference and points of advantage in the high performance arena. The results will challenge your paradigms of thought and will be well worth the time you allocate to invest in the future. Robbie DEANS Former Canterbury Crusaders, Wallabies and Panasonic Wild Knights Coach. Panasonic Wild Knights Ben Darwin is an engaging speaker, who knows his subject matter inside and out. The way he connects incredible research in sports to real life scenarios in board rooms and club houses was something that really resonated with the room and left everyone wanting more. Bens ability to break down huge rafts of information into easily digestible and relatable chunks was a breath of fresh air. His self effacing approach and dry humour makes his style one that instantly relaxes the room and connects with everyone. I would engage his services again in a heart beat. Kind regards Franko Callanan Director of Channel Zero