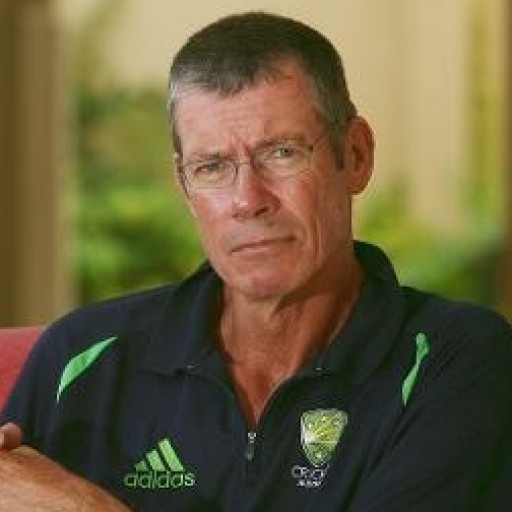 John Buchanan became the Australian cricket team coach in 1999 and in 2007 finished a very successful campaign as coach of Australia. John coached the team to a world record number of straight Test Matches (16 wins), consecutive One Day International victories (21) and set an unprecedented World Cup record with 2 World Cups and 24 games undefeated. At the time of his retirement, the Australian Cricket Team were the World Cup Champions, Test Cricket Champions and One Day Champions, and also returned the Ashes to Australia in early 2007. This record of victories makes John the most successful coach in history with a winning record of over 75%.

John is passionate about coaching and the striking impact that quality coaching has on peak performance for individuals, leaders and teams. His credentials as a leader and coach of teams is world renowned. A leader with a unique perspective on the world, John is at home in any environment which seeks change, a desire for peak performance, and a vision to be the game changers. John has a relaxed and personable manner and in combination with his absolute passion for coaching engages with all audiences who choose this journey.

With over 30 years in international coaching, education and organisational management. John brings this experience and wisdom to his role as a peak performance strategist coupled with his abilities to host, present and MC to any corporate or sporting events.

John is a presenter whose keynote addresses and lectures on leadership, coaching and peak performance are bespoke for his audience; and so stimulate, educate and provide practical insights to mobilise immediate action for the workplace. He is well known for his presentations as a guest panellist, his hosting and MC skills being equally at home for both sporting and business audiences.

John is a world renowned strategist in sport, using these insights to inspire and challenge clients to view their worlds differently, so that they can best position themselves and their businesses to be the market leader.

John works with leadership and middle management teams, unlocking their keys to peak performance using process and sacrificial acts as the new basis of performance.

"Absolute privilege to have John join our meeting, was a buzz!"

"During these uncertain times it was great to have a high profile personality join the team and share his insights and experiences. Some of the staff were star struck and really made their day/week. Definitely a great experience"

"Something different injecting renewed excitement into our afternoon meetings!"