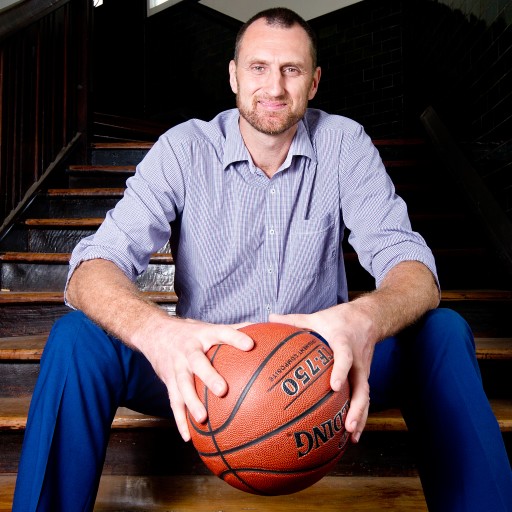 Chris Anstey is an Elite Performance Coach, whose 17 year sporting career included playing stints in the NBA, Russia and Spain. A 2-time Olympian and World Champion, Chris also played for the Melbourne TigersSouth East Melbourne Magic and Victoria Titans in the Australian NBL. He retired as a 2x Championship winning captain and MVP, with 3 NBL titles to his name. He became the team's head coach in 2012.

In addition to corporate presentations drawing on the parallels between elite sport and business with regard to Personal Best, Leadership, Opportunity, Culture and Habits of effective Teams and Individuals, Chris holds Ambassador roles with La Trobe Financial and the SEDA Group, where he works with state and national with managers and leaders in industry.

“Chris Anstey was the best guest speaker in the 17 year history of the Burnie international...Full stop!

We have had some beauties but nothing to match Chris, and that was the feedback/view from everybody in the room, not the usual “good” or “okay” – this was a new level!

Not only the best speaker but so approachable, so easy to speak to, at the function after the luncheon everyone was still raving about Chris.

It’s hard to explain how someone can slide into a room of unknowns, give everything of himself and win everyone over in such a short period.  Chris had some amazing stories to tell – and he is a real story teller.

He had the audience laughing and gasping throughout, he held them captured and you had the feeling he could have talked forever – and we all would have listened forever!

Talk about a 'WOW' factor, for the entire international event, Chris was it.

There were some pretty hardened punters in that audience and they were ones we sounded out for feedback, and they were praise worthy beyond belief!   Burnie gives Chris a 15 out of 10, he was that good!”

“Chris Anstey is one of our valued presenters at Camp Awakenings; a personal development program for Australian teenagers. Chris delivers highly engaging and motivational talks to our participants, combining personal stories and career successes with advice on attitude, goal setting, opportunity, self-belief and navigating through school and life. Chris is authentic, warm and funny, and his life lessons are real and long-lasting, with participants (and leaders) at our program using his session as the catalyst for change and growth in their lives.”

Chris spoke at our Operations Launch - a room with 200 people with varying roles and backgrounds. He had the room fully engaged from the moment he started with meaningful stories and great takeaways. He was also able to link a number of our organisational values into his message which made his message even more impactful. We would definitely engage Chris again.

That was AMAZING, Chris! Your insight is so valuable and your links to the skills we aim to develop at SEDA were so well woven into each response. Thank you so much!