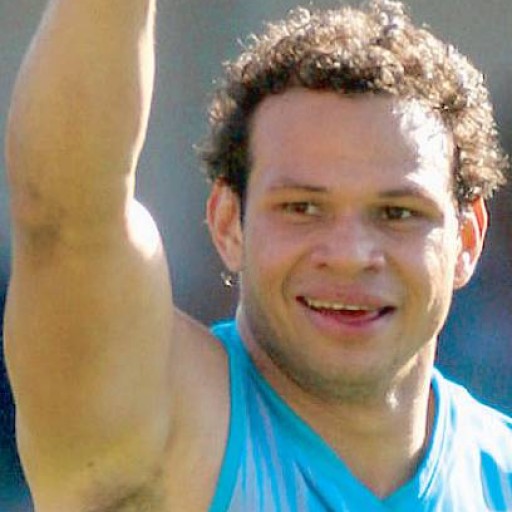 Daniel Motlop, a proud Indigenous man, comes from a family of successful AFL players, with his two brothers and cousin all playing football at the highest level.

Motlop enjoyed a successful AFL career at both the North Melbourne and Port Adelaide Football Clubs.

Finishing his career in 2011, the Power forward experienced the highs and lows of professional sport. Motlop’s lively style of play saw him be nominated for the AFL Riding Star award in 2003, be Port Adelaide’s leading goal kicker in 2008 and represented the Indigenous All-Stars between 2007-2009, while he also suffering multiple injuries throughout his career, including a fractured ankle and collarbone. He ended with a total of 130 games and kicked 205 goals.

Since finishing his football career, the self-confessed foodie has entered into the business world, co-owning Something Wild, supplying Indigenous food to well-renowned restaurants and consumers across Australia.

Motlop’s Something Wild also make an award-winning gin, taking out the gold medal at the San Francisco World Spirits Championships in 2019.