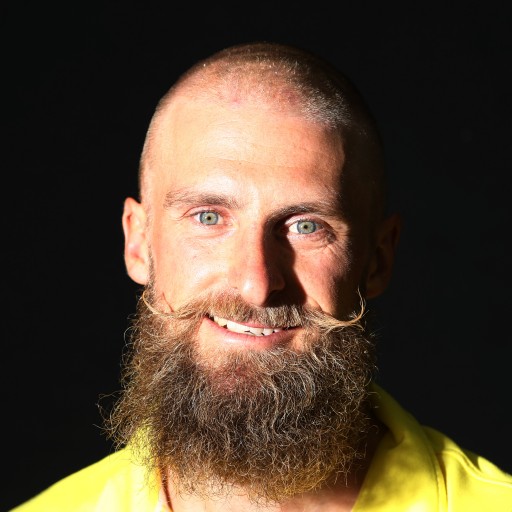 I have perplexed the Australian and wider golfing community for the last 4+  years with my appearance, entertaining personality and willingness to challenge the status quo.

When completing my coaching degree in 2013 I became the first ever trainee professional to win on the Australian PGA Tour taking out the WA PGA Championship. I followed that a month later with taking the world number 1 and reigning US Masters Champion at the time in Adam Scott, down to the final holes of the Australian PGA Championship, eventually finishing outright 3rd. This catapulted me onto the golfing scene which would see me compete in over 25 countries over the next 6 years.

With multiple notable results around the world in that time, it was the development of my appearance that made the biggest waves. At the end of 2015 I began to run a full head of blonde dreadlocks and mildly groomed beard, catching the attention of a new golfing demographic and upsetting the traditionalists with the potential for change. With pushback and abuse apparent early in this journey, I soon realised there was a bigger factor in play and I began to forge a brand for myself.

18 months later I bought my best mate ‘Rizz’ on board as my caddie and a spitting image of the caddy character “Otto” out of Happy Gilmore (the homeless man with copious amounts of untamed hair) the ruckus and confusion amongst the stale old fraternity of golf, began again. With a top 5 finish in our first event together, the 2017 New Zealand Open, a dynamic had formed that no one could predict the trajectory for, we would soon become the most iconic duo in Australian golf.

Gaining more airtime than most across many different channels in the golfing world, we found ourselves creating content, doing interviews and generating crowd involvement at events. Throughout this time I have further developed my skill set to deliver public speaking engagements, event hosting and content creation as an individual.

The story of where I have come from as a country boy from Northern Victoria to some of the biggest stages in golf continues to evolve as my playing career is still alive at the mere age of 29. With the state of the sport in this country  deteriorating, I am very passionate and opinionated on how I believe things need to adapt and diversify to survive.

I feel very comfortable in front of a crowd or camera and confident I can facilitate a unique experience.

Jack told his story on PickStar's Off-Field podcast. Tune in: