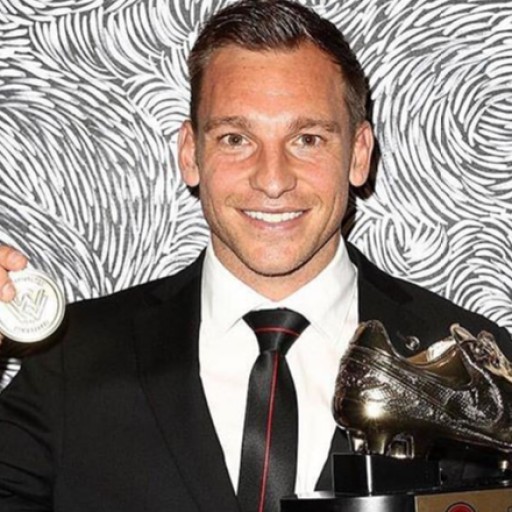 Brendon Santalab is an A-League fan favourite, who plays for the Perth Glory. Brendon was the 2016/2017 WSW Player of the Year, and the Club’s Golden Boot winner for the last two seasons.

He has played Internationally for multiple European and Asian clubs and for A-League teams, Sydney FC, Western Sydney Wanderers and Perth Glory.

Brendon is a committed brand ambassador for ANZ Stadium and the Ronald McDonald House Westmead, actively promoting, making appearances and contributing to media to raise the awareness of both brands.

He also appears as a media regular for the Hyundai A-League, Fox Sports, Illawarra News contributor and has featured in multiple campaigns, promotions and media engagements. Other forms of media Brendon has been involved with include: Players Voice, Fox Sports Lab, and SBS.

Outside of his sporting career, Brendon is the Co-Founder and Director of My Game Guru. The world’s first Grassroots sports tracking app for planning and locating sports games.

To learn more about Brendon click here to visit his websitewww.brendonsantalab.com.au.