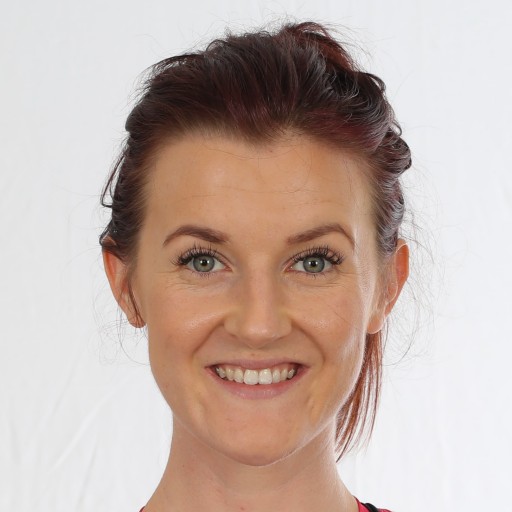 My name is Kate Shimmin and I am a member of the Adelaide Thunderbirds and the Australian Fast 5 team.

I am from South Australia and grew up in the Northern Suburbs of Adelaide.

I also played one season in 2017 with the Queensland Firebirds.

I am now back in my hometown playing for the Adelaide Thunderbirds in season 2018.

I grew up playing netball with my sister at the Parafield Gardens Recreational centre before moving onto Priceline Stadium and playing for the Contax netball club.

Whilst playing for Contax I was also in the development squad at the South Australian Institute of Sport for Volleyball, however as my netball progressed I was then offered a scholarship for netball at SASI and had to choose between volleyball and netball and I happily chose netball.

From 2008-2009 I was a scholarship holder for netball at SASI and there I developed my skills whilst being coached by Marg Angove.

In 2010 after I graduated from high school I moved to Canberra to the Australian institute of sport for a year when I was given an opportunity to further develop my skills and become exposed to what it really meant to be an elite athlete. After a year in Canberra I was then offered to come back home and be a part of the Adelaide Thunderbirds and I have not looked back since.

During my time at the AIS and at the Thunderbirds I have also been in the Australian 21/U team where I represented my country in New Zealand, Jamaica, Malaysia, South Africa and at the World Youth Cup in Glasgow where I was Vice Captain.

In the years 2013-2015 I also represented Australia in the Fast 5 competition in New Zealand where we were runners up.

While doing all of this I have been studying to be a teacher at the University of Adelaide whilst working part time at Joggers World.

I am also the head coach for the Salisbury Academy netball program which gives opportunity and exposure to girls who want to progress and further develop their netball skills.

I believe that travel is so important to the development of a person and I love to travel to different parts of the world and have been so lucky to have been able to combine my two passions of netball and travel.

I love promoting the great sport of netball and being a positive role model to the community by encouraging healthy habits, mindfulness and hard work.

My main goal for 2018 is to win the National Netball League (NNL) with my team ..The Adelaide Thunderbirds !!!