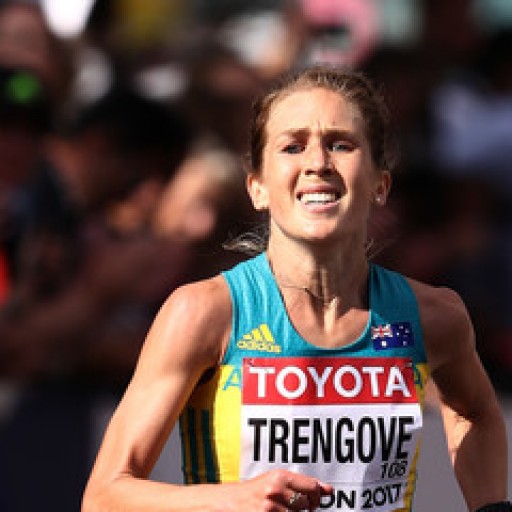 Jessica (Trengove) Stenson is an Australian long-distance runner who competes in distances from 5000 metres up to the marathon. She represented Australia at the 2012 London Olympics and 2016 Rio de Janeiro Olympics in the marathon.

Background
Nicknamed Trenny, Trengove was born on 15 August 1987 in Naracoorte, South Australia. She attended Naracoorte Primary School before going to Naracoorte High School and boarding school Annesley College, having moved to Adelaide to attend the school at the start of year 10. She attended the University of South Australia from 2006 to 2009 where she earned a Bachelor of Physiotherapy. She participated in Super Netball from the age of nine to the age of twenty-one. She played Super Netball for Contax in 2008.She also played basketball, competing in the South Australia 12–19 State Country U18s.As of 2012, she lives in Adelaide where she is a physiotherapist, and pilates instructor.[Her brother is Melbourne Demons player Jack Trengove, and has been influential in her running career by creating a sense of competition in her family The family competition also included Trengove's sister Abbie, who represented their state in rowing.

Jess is an ambassador for The Little Heroes Foundation, Jodi Lee Foundation and Bupa.

Athletics
Her running career started when she was in primary school, where she ran south east cross country.In 2000, she was selected for the South Australia representative cross country team. As of 2008, she was coached by Adam Didyk. Prior to that was coached by Roger Pedrick.

She competed in the City to Bay Run in 2010, finishing first. That year, she also competed at the Nanning, China hosted World Half Marathon Championships. She ran her first marathon in March 2012, where she set an Olympic A qualifying time of 2 hours, 31 minutes. In 2012, her training regime included running up to 160 kilometres (99 mi) a week. On her light training days, she ran 12 kilometres (7.5 mi). Trengove was selected to represent Australia at the 2012 Summer Olympics in the women's marathon. She was the third South Australian athletics competitor to qualify for the Games, and prepared for them by training in Adelaide. She finished the Olympic marathon in 39th place with a time of 2:31:17, 8 minutes and 10 seconds behind the first-place finisher Tiki Gelana.[ At the 2014 Commonwealth Games, she won the bronze medal, running a then personal best of 2:30:12. She came 22nd in the same event at the 2016 Rio de Janeiro Olympics in a time of 2:31:44.[13] She finished ninth in the 2017 IAAF World Championships marathon in a time of 2:28:59. This was the best performance by an Australian woman in a World Championship.

"Simon really enjoyed the experience and really appreciated all the advice Jess provided to him. Jess was very accommodating and answered all his questions and was kind enough to give Simon some merchandise too :) Simon had a great time and we thank Jess Trengove very much for her time and wish her all the best for the future. We will be cheering her on for all her future races! Thanks also to Pickstar for making it happen, the process was very quick and easy!"