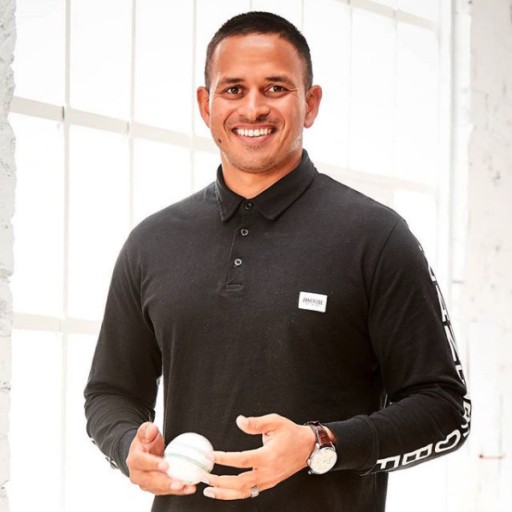 Usman Khawaja needs little introduction to cricket fans and supporters all over the world. The Pakistani-born Australian cricketer and qualified pilot has become one of the most recognisable sports people on the planet.

A left handed top order batsman, Khawaja became the first Muslim and first Pakistani-born Australian to receive an Australian Cricket Test baggy green cap. Khawaja played his first test in 2011 against England at the Sydney Cricket Ground and since then has become a leading light in the Australian Test Team.

Born in Pakistan, Usman moved to Australia with his family as a young boy and grew up in Sydney. Usman studied at the University of NSW and graduated with an Aviation Degree and a commercial pilot license.

Usman’s talent, perseverance and leadership qualities have been recognised with his appointment as Captain of Queensland for the past three seasons.

Usman is currently under contract for Sydney Thunder, Queensland Cricket and Cricket Australia.

Usman is a role model for young Australian’s and a global cricket superstar. He has represented Australia in all three forms of the game – Tests, One Day and T20 Internationals.