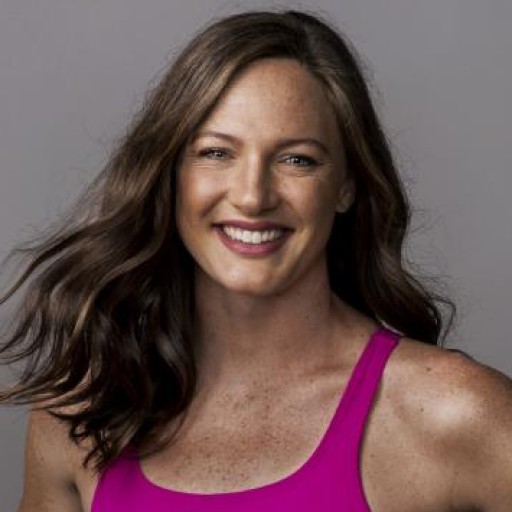 Cate Campbell is one of Australia’s most accomplished swimmers - a world record holder, Olympic gold medallist, Commonwealth gold medallist among many other successes and achievements. But it is Cate’s attributes outside of sport that separate her from the rest.

Rising to fame at the young age of 2006, Cate’s journey has seen her stand on top of numerous podiums both nationally and internationally, proving time and time again to be one of the most dominant swimmers in the world. In 2016, Cate’s long running string of success hit a snag when she placed 6th in the 100m Freestyle and 5th in the 50m Freestyle at the Rio Olympics after setting a world record time just the day prior. With a heavy heart, Cate took the following year off from swimming to recover from what had happened, however her resilience and determination saw her back in the pool shortly after, taking home multiple gold medals at the 2018 Commonwealth Games and putting her swimming career back on track.

Women’s Health awarded her with the ‘Comeback of the Year Award’ 2018, calling her “Australia’s most resilient swimmer” after bouncing back from failure at the Rio 2016 Olympic Games.

Outside of this, Cate has spoken out about body image challenges, overcoming a skin cancer scare, taking on keyboard warriors and is constantly pushing for gender equality. Cate stands as a powerful spokesman for the Swimming Queensland Growing Up in Lycra program, with the aim to teach girls to be strong and not just skinny.

Constantly striving for success no matter what obstacles she faces, Cates' story of hard work, determination and resilience is an excellent motivator that can be applied to a variety of life situations. Cate really is one of Australia’s most inspiring athletes and role models.

Cate Campbell is an Australian Olympic athlete who is renown for her incredible speed in the 50m and 100m freestyle events. Cate first came to prominence at age 13 in 2006, when she claimed gold in both the 50m and 100m Freestyle at the Australian Age Championships. However it was 2007 that Cate showed her true potential as a world-class contender where she dominated at her first international competitions. Campbell, at 15 years of age, out swam the best in the world at the Japan Open after already winning two gold and one bronze medal at the Australian Youth Olympic Festival in Sydney. Her blistering time of 24.48 seconds elevated her as the fourth fastest woman in history and put the world on notice for Beijing.

Competing in her first Olympic Games in 2008 in Beijing, Cate showed tremendous maturity winning a bronze medal in the 50m Freestyle, a tough event that punishes the smallest of mistakes. Cate continued her success at the Games by winning bronze in the 4x100m Freestyle relay. Cate added to her long list of success at the 2012 London Olympic Games, her second at only 20 years of age. She swam her way to a spot on the Australian Team by qualifying for the 50m and 100m Freestyle events after finishing 1st and 2nd respectively. Cate won gold in the 4 x 100m Freestyle event, along with Melanie Schlanger, Alicia Coutts and Brittany Elmslie. Cate was joined by her sister, Bronte Campbell, to become Australia’s first sibling Olympians in 40 years. Cate was hit with a cruel stomach bug on day 2 of the Olympics, which robbed her of the chance to swim at her full capability in the 50m Freestyle, and forced her to withdraw from the 100m Freestyle completely.

On July 2, 2016 Cate broke the 100m Freestyle World Record at a Grand Prix event in Brisbane, one month out from the Rio Olympic Games. The record stood from the now banned ‘Supersuit’ era of 1999, making Cate’s achievement that much more significant. Cate went on to bring home a Gold and a Silver medal from the Rio Olympics. On the first night of competition she swam the final leg of the dominant 4x100m Freestyle relay team and they hit the wall first and broke their own World Record in the process. On the final night of competition Cate anchored the 4x100m Medley Relay team in a competitive field and managed to take the team from 5th place to 2nd where they claimed the Silver medal. Cate also made the finals of the 100m and 50m Freestyle after swimming some competitive times in the heats and semi’s. She went on to place 6th and 5th place in two lightning fast finals.

After taking some time out from the sport in 2017, Cate returned to the pool later in the year with bang. She clocked a new short course world record in the 100m Freestyle at the Australian Short Course Swimming Championships in Adelaide, with a time of 50.25.

"Cate is one of the most inspiring people we have had the pleasure to listen to. The resilience and toughness to become the world best swimmer is incredible. Particularly when the income doesn’t cover the rent! $300 support from sponsors is the difference between paying the rent or not paying the rent! Thank you for sharing your journey with us!"

"It was an absolute pleasure having Cate join us. It was a privilege to hear her speak of her journey to the top. Her will-power and unwavering determination in the face of adversity, coupled with her humble nature, make her a true champion in my eyes. Thank you for a great afternoon."