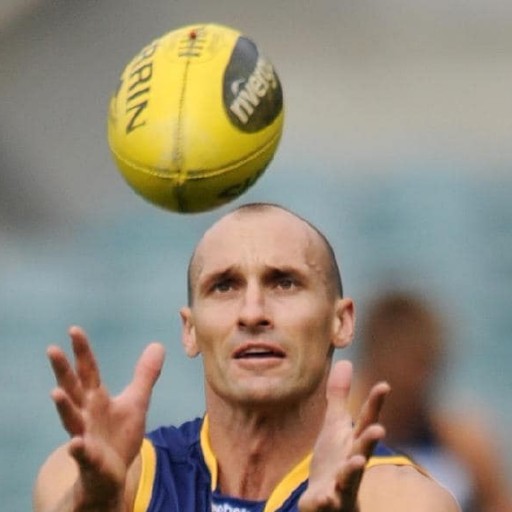 Tyson Edwards is a former Australian rules footballer with the Adelaide Football Club in the Australian Football League (AFL). Raised in the small Mallee town of Wynarka, around 120 km from Adelaide, he is widely regarded as one of the most consistent and durable players in the game.

Between the ages of 11 and 15, Edwards' mother Jan would drive him the 250 km round trip to Adelaide at least twice a week so that he could train with West Adelaide's junior teams. He is married to Mandy with three sons - Jackson, Luke and Brodie.

Recruited from West Adelaide in the SANFL, Edwards made his AFL debut in 1995 and has since established himself as one of the AFL's most consistent and underrated midfielders. This is to such an extent that he has not won any of the AFL's major awards, or even a club best and fairest award; his greatest honour to date has been featuring in Adelaide's 1997 and 1998 premiership sides.

In 2008 he placed 4th in the Crows Club Champion voting with 137 again highlighting his consistency within the playing group.

Edwards played his 300th game for the Adelaide Crows against Essendon in Round 11, 2009. The Crows won the match 21.4 (130) - 18.6 (114), and Edwards celebrated by gathering an equal career best 41 possessions. Four games later he and dual premiership teammate Andrew McLeod played their 290th match together, a VFL/AFL record.

On 27 May 2010, Edwards announced his retirement from the AFL effective immediately after being dropped from the Adelaide side. Coach Neil Craig later agreed to allow Edwards a farewell game, his 321st, the next week against Fremantle in Adelaide. The decision worked wonders, with the Crows upsetting the second-placed Dockers by 23 points, with Edwards again celebrating his milestone with a best-on-ground 32-possession two-goal effort.

On 19 March 2011 Edwards revealed he had battled testicular cancer in his final year at the Adelaide Crows, in what he described as his 'year from hell'.

Edwards was an assistant coach at the Port Adelaide Football Club from seasons 2012 to 2015.

Tyson's son Jackson Edwards was drafted as a father-son selection in the 2017 Rookie Draft.