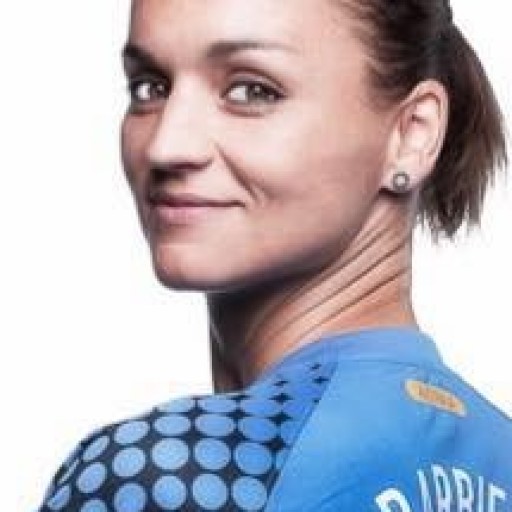 Melissa Barbieri is one of Australia’s most capped female footballers, making 86 appearances over 13 years for the Australian National Football team The Matildas. She has played in 4 FIFA Women’s World Cups, and the 2004 Athens Olympics.

Bubs currently plays in the W-League for Melbourne City and works as the team Assistant Coach.

Passionate about coaching the next generation of footballers and providing quality training programs she spends time facilitating private coaching to schools and running her own clinics.

With her level of experience and ability to comprehensively articulate the game she has been a sought after commentator and has appeared on ABC Offsiders, Channel 7 & SBS Coverage of The World Cup. Bubs currently works with ABC Grandstand and is a regular contributor for SBS The World Game website.

Melissa is an engaging, powerful and motivational speaker. Her personal story of resilience, overcoming challenges, and sacrifice is inspiring for all who have heard her. She is also a passionate advocate of women’s health, women in sport, and diversity.

Bubs is available for appearances, speaking opportunities and coaching.

"Melissa was the consummate professional, she was great with the kids and very kindly shared some signed momentos for the participants to keep. Melissa thought on her feet and changed some of the drills we had her teaching to suit the different skills levels of participants which was much appreciated. It was a great customer experience so I would recommend Pickstar to other people interested in using the service."