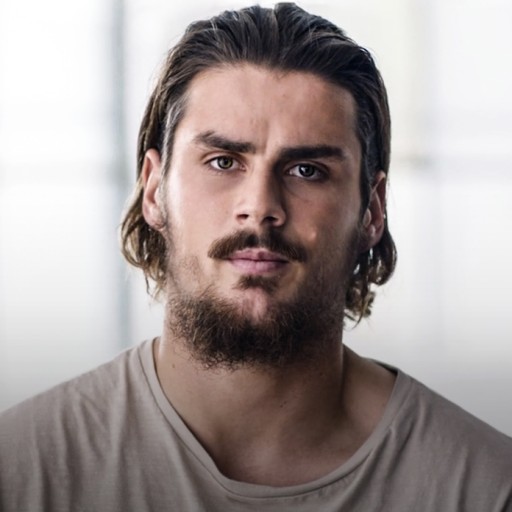 Tom Boyd grew up with the weight of expectation that he would one day be the best junior footballer in the country and taken with the first pick in the AFL National Draft. This is something he had dreamed of as a kid and his peers aspired to be. However after reaching this milestone when he was selected by the GWS Giants in the 2013 Draft at the tender age of 18, Tom realised in the very early days of his time in Sydney, that this career may not be what it had seemed.

Born in the outer Eastern suburbs of Ringwood, Victoria, Tom lived a normal life, enjoying his schooling at Luther College where he would excel in his studies resulting in an ATAR Score in the 90’s, as well as enjoying all things sport including, Basketball, Football, Surfing, and Swimming. However there was one thing that set Tom apart from the rest of his peers and that was his size and skill, which led to Tom always playing representative sport and being the best in the team. Although it was terrific to be admired for your talents and to receive the accolades, with it came an expectation to always be the best.

Upon moving to Sydney, Tom carried this expectation with him into a very different climate, one whereby instead of the team working together to achieve a common goal, they were essentially competing against each other on a daily basis for a spot in the team, or a new contract. This was foreign to him and one he found tough to comprehend as it did not matter what you did through the week to help the team, as you were effectively only judged on what performance you put in on game day. Nothing else mattered.

Struggling to adapt to his new life in Sydney, Tom put it down to ‘home sickness’ a term which is loosely thrown around in the AFL for those players who want to return to their home state to play. This led to Tom leaving the Giants and a lucrative 7 year, $7million deal being signed with the Western Bulldogs. This was an unprecedented move for a player who only had one season of AFL under his belt to then being one of the highest paid players in the competition.

Upon his move back home and his new surrounds at the Western Bulldogs, life seemed to be ok. Tom and the team were playing well, competing in finals in 2015, before the drought breaking AFL Premiership in 2016 which was arguably Tom’s best game of his career. At this point Tom felt he should be on top of the world given what he had achieved, however there was still an underlying niggle that something wasn’t right within him. Insomnia took a hold of him in 2017 resulting in him taking a leave of absence from the game as he would go weeks on end without sleeping which not only had a detrimental effect on his mental health but also his physical health. Returning to the game in 2018, Tom tried a number of things to help manage his symptoms however whilst he could juggle it at times he ultimately made the tough decision mid-way through the 2019 season to walk away from his career with 2 years and over $2million remaining on his contract.

This was seen as a courageous decision by many, however as Tom explains it, he did not want the AFL to define who he was as a person, but instead wanted to carve his own path and destiny.

Tom shares his inspirational journey, highlighting his mental health battles and how he identifies and manages it on a daily basis. Still at the age of 24, Tom speaks with wisdom beyond his years and translates to listeners across all demographics.

"Tom Boyd completed his visit to Westbourne last Friday and I can easily state that Tom was perhaps one of the finest guest speakers our School has ever had. He was evidently well prepared, his talk was planned, sequenced logically and full of tangible advice for our students. Everyone who heard him speak was impressed and I’ve actually been overwhelmed by the amount of positive feedback we received following the event. Tom and Pickstar really exceeded our expectations on this occasion."